Acupuncture is a method of encouraging the body to promote natural healing and to improve functioning. 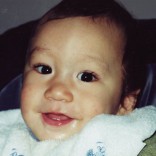 When I first went to Dr Lee’s office I was so sick I could hardly walk. I had gone to Mexico on my honeymoon and became sick from parasites. I actually had to sign a paper stating that I wouldn’t get pregnant because the parasite could pass through the placental barrier and kill the baby.

When my weight reached 65-90 pounds, I was recommended to Dr. Lee by Dr. Ellen Bialo. At the time, Dr. Bialo, as well as other doctors, had been seeing me a few times a day trying conventional medicine and anything else she could think of to build my strength.

After only three weeks of Dr. Lee’s treatment, I returned to work after being out for seven months. Three months my health was fully restored. After another three months, I got pregnant the first time we tried!

Dr. Lee’s treatments fascinated me so much that I went to acupuncture school to learn first-hand how I was healed. Thank you, Dr. Lee, for all you have done to help me and my family.